Tranquil is the founder of Clean North and has been dancing for over 15 years now! I first met Tranquil about 12 years ago at my primary school, St. Josephs. But I’d say that I only really started to get to know him in 2013. I’ve only ever known Tranquil to be busy. He is always working on something and he is always thinking about what is next for himself and the community. By nature, he is caring, self-less and honest. I have a lot to say about Tranquil but before that, let’s get stuck in with the interview I did with him recently!

Why and how did you start breaking?

I started breaking because of a show UV crew did after a football camp. It was crazy. After that I started coming to the classes at St. John’s Church in East Bowling.

Who is your favourite Bboy/Bgirl?

Oh man.. I’d say my favourite at the moment is Thesis. It has to be. But if we’re talking about all-time favourite, it has got to be Float. He has inspired so many breakers. You can see the influence in other people’s styles. It’s the way he did things that you can see in some of the top breakers in the world. His style is undeniable. He’s also my favourite Bboy because of how I got to see the way that he was in his later years. The way he just loved Hip Hop was so inspiring. If I hadn’t have met float, I don’t know if I’d be breaking as much as I am today. When I went to America it made me realise how high the level out there really was. It made me question my own breaking, but Float was so encouraging and he was just so hype. He gave me energy to really keep going so yeah to me, he’s definitely the greatest.

How did you get your Bboy name?

I think my mum actually gave me my Bboy name. I loved watching Kmel when I was younger. A lot of people at the time were more aggressive, raw and just fast with their breaking. I believe it’s because of how big the Europeans were getting because they were just really fast. I liked Kmel though as he was smooth and I wanted to be more smooth too. So looking at that is probably why my mum named me Tranquil.

What’s your biggest motivation in breaking?

God has always been my biggest motivator in dance. My relationship with God has grown over the years along with my dancing and I feel God always helps me to keep pushing and giving me direction in life. Without God I do not think I would still be dancing today. My biggest motivation used to be about becoming the best in the world. It was my motivation for years. I became friends with some of the top breakers though and seeing how they were living and how unpredictable and unfair things were, it changed how I saw things for myself. After that, it became more about becoming the best that I could be, representing my style and just staying true to who I am.

Who inspires you the most in breaking?

It’s when I’m teaching that I get inspired the most. I do love to watch breaking though so if we’re talking in that sense, it’s definitely the Americans. Whereas the kids inspire me every day.

What’s your best moment in breaking?

I’ve had a lot of good moments in breaking but the best would have to be Mass Appeal in Boston a few years ago. It was like Tata vs Pocket at Freestyle Session. None of them got to the finals but it was one of the most hype battle of the night. At Mass Appeal I had that for about 3 battles in the night. I didn’t win the battle that day but it was more about how I was dancing.

What’s your worst moment in breaking?

The injuries have been bad, definitely but the worst moment would have to be when we battled with Flo in London in my early stages when I hadn’t been dancing as long. We were training really hard at the time and he wanted to battle with us. Flo could beat anyone at the time so this was a big deal. It was a 3v3 and we could have easily won. But Junior was judging and I couldn’t believe it. I hadn’t seen anyone of his level in person before so when we started battling, it threw me off. My head wasn’t in it and I just couldn’t focus. I was inexperienced at the time but I’m much better now having gone through that. I remember just losing what I was doing because I kept looking at Junior! We were against La Familia and it just didn’t go well. We travelled far and we didn’t get to travel much back then so it was just a downer. Yeah, it was not a good day.

What do you find hardest in breaking?

I think the hardest thing for me in breaking is wanting to do more than my body can do sometimes. You know some people, like Spider for example, can just fall over and not really get hurt. I can do something random but simple and get injured easily these days.

What do you think of the UK scene?

I’m definitely a fan of certain events for sure in the UK. The thing is that I’ve travelled across the world so I’ve seen how other places are. They have more of a community vibe than we do. Don’t get me wrong, we have different parts in the UK that do have that fun and that vibe as a whole but I just think we’re lacking a Hip Hop mentality.

What is your favourite thing to eat?

My favourite thing to eat is probably fried foods. Or maybe BBQ. One of the two, definitely. Oh and of course my wife’s cooking is next level.

What is your ultimate goal?

The ultimate goal is to just keep on building the scene in Bradford. I want to keep pushing that good vibe with what we’re doing. Educating people on what Hip Hop is really about and making Bradford one of the best places to come for breaking. I want people to want to come here just to chill, train and just have a good time. The goal is to have opportunities for people to break full-time. I want to have people teaching, doing shows, battling and just being Bboys & Bgirls. We’re already taking steps towards this through Tech Styles & Tranquil Productions so it’s really about keeping it going.

How do you feel about the state of judging on the scene?

There’s good judging but sometimes that’s at the smaller events. And then there’s bad judging at the larger events sometimes. I see a mixture in both to be honest. Just because you’re a good Bboy or Bgirl doesn’t mean that you’re going to be a good judge too. One doesn’t always lead to the other and I think it’s a problem that people don’t understand this.

What do you look for when you’re judging?

I like to see people just being themselves and letting their character come through in their dancing. I think to see that they’re using all of the elements of breaking even if it’s not equally spread out. I want to see someone at least trying to cover all the bases of top rock, footwork, freezes, power, flips & tricks. It doesn’t matter what the ratio is to me, just as long as people are making an effort to represent the different parts of breaking.

Does Clean North have what it takes to be the best crew in the world?

I think we definitely do. There can be about 15 crews up there fighting for that top spot though. It’s the same with being the number 1 Bboy or Bgirl. You can win the biggest event in the world but then lose the next day. So I think it’s more about being the best that we can be and living up to our potential. Being the best in our way may not mean being the best to others if that makes sense. We just need to keep on going with what we’re doing.

There are misconceptions about Tranquil and sometimes it’s difficult seeing and hearing what people have to say about someone they don’t really know. I understand and so does he that it comes with the territory. But we really wouldn’t have anything going on in Bradford if it weren’t for this man. He doesn’t boast. He doesn’t brag. He just keeps his head down and keeps on moving. He doesn’t spend too much time talking, he puts that energy into his actions instead. Without that mentality, I don’t know where we would be right now.

Tranquil doesn’t get angry in the face of adversary. He is a master of transforming negative energy into something positive. I know how powerful it is to have the ability to do that. That is the beauty of practicing any art. If you can take whatever it is that you’re feeling and put it back into your training, your outlet, you are winning. It’s inspiring to me and I know for a fact that it’s inspiring to everyone else in the crew seeing how he deals with situations.

He only ever wants the best for the people around him and shows true Christian values. It’s very easy as human beings to want to fight fire with fire but he doesn’t do that and I have never known him to be this way either. Tranquil knows his mission and any time spent on the negative things is time spent away from what he is really trying to accomplish.

I can honestly say that I have never met anyone like him in my life. When he speaks about the people that he has looked up to over the years and the people that have inspired him, sometimes I wonder if he knows that HE is that person for me and all of the kids under the Tranquil Productions family.

To keep up to date with Tranquil, follow him on IG: @bboy_tranquil 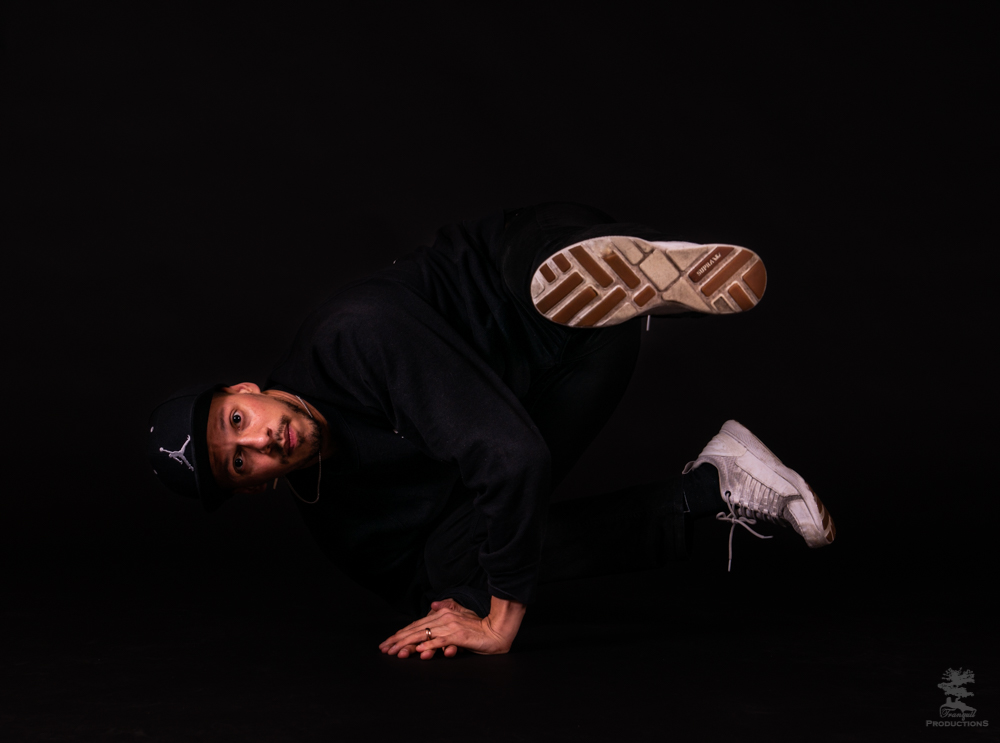 About the Author: Labyrinth